Carbon black is one of the oldest manufactured materials. Early uses can be traced back to ancient China, the early Egyptians, and India. Early demand for carbon black was driven by the invention of the printing press in the fifteenth century. The discovery in the early nineteenth century that carbon black reinforces natural rubber and thus greatly increases the longevity of tires thrust the material into the modern age.

Today carbon black is found in all aspects of modern life. It is used in inkjet printer ink, as reinforcements for natural and synthetic rubber, as the active agent in electrically conductive plastics, and is used as a pigment and tinting-aid in paints, coatings, newspaper inks, and cosmetics. Carbon black use is ubiquitous in the modern world.

Although there are differences among the multitude of processes, they all involve fuel combustion in a controlled atmosphere environment. In the furnace process, “resid” or “decant” oils, which are low cut fractions from the oil refining process, are combusted in a controlled atmosphere at high temperatures. Typical processing temperatures are in the range of 800C to 1200C. The best way to envision a carbon black reactor is to imagine a very large blow torch in a ceramic tube with controlled oxygen levels. If too much oxygen is present, soot formation takes place.

In the furnace process, fuel is atomized and sent to the reaction chamber where carbonization starts. Oxygen levels are maintained below the level where soot formation takes place. The atomized fuel undergoes reactions to eliminate non-carbonaceous materials, the carbon atoms then begin to bond to nearby neighbors within the droplet, starting the solidification process. It is this carbonized droplet that forms the most fundamental carbon black particle, called the “primary particle.” As the carbonizing fuel droplet leaves the reaction chamber and progresses down the path of the furnace, it may come in contact with other carbonizing droplets, and under the appropriate conditions, they bond to form a carbon black “aggregate.”  The carbon black primary particles fuse to form a coalesced mass. One can view a carbon black aggregate particle as a “bunch” of grapes. Each individual grape is a primary particle and the “bunch” is the aggregate particle.

The aggregates travel down the flight of the reactor. During this flight the reaction can be quenched by water addition or temperature control. Both are used to selectively modify the surface chemistry, size, and complexity of the aggregate particle. After quenching, the particles travel the flight of the reactor where they are captured in bag filters or cyclones separators. The particles at this stage are referred to as “fluffy” and have very low bulk density.

Some degree of densification is required to convert the carbon black to a more useable form. Densification can be achieved though pelletization (beading) processes, where the fluffy powder is mixed with binders or water under low sheer conditions. Various densification processes are used in the manufacturing of carbon black pellets and include vacuum rollers, pin pelletizers, and stirred tanks.

The utility and ultimate economic value of carbon black is determined through a complex mix of carbon chemistry, surface energy, and particle physics. The most important properties include the surface area, primary particle size, structure (complexity of composition), surface chemistry, and binder chemistries used in the pelletization process. Frequently, tradeoffs and compromises are made between desired end-use performance and the ability to disperse carbon black within a polymer matrix.

Van der Waals Forces: Owing to the small size of carbon black particles, inter-particle interactions are subject to Van der Waals forces. Referring to Figure I, as the distance between two carbon black particles decreases (moving from right to left on the ordinate scale of Figure I) the repulsive forces decrease, represented by negative potential energy Eµ, until they reach the maximum attraction at the minimum of the potential well (the valley on the abscissa axis.) Moving the particles closer together meets with significant potential energy resistance as indicated by the sharp rise in the energy dimension on the ordinate axis. Particles trapped in the potential well are called agglomerates. Once the carbon black aggregates have agglomerated it requires energy to separate them.

The ability to break up the agglomerates into the constituent aggregates and achieve adequate dispersion is critical to achieving desirable end-use performance in many applications. A significant body of literature has been developed on the science surrounding dispersion of carbon black in various mediums, however, for industrial applications dispersion remains an art with experienced practitioners having the advantage of know how, technique, and trade secrets.

Owing to the variation of shape and size, carbon black can exhibit a range of color properties. Important color properties include jetness, mass tone, and tinting strength. The delicate interaction between primary particle size, surface area, and aggregate size determines the ultimate color. The structure influences the dispersability of carbon black and thus determines the level of color achievable in the host matrix. Carbon black is added to plastics not only to make plastics black, but also to change the tint characteristics of other colors.

The “L” value can be correlated to the ratio of particle size to surface area and is a useful tool for comparing competitive grades of carbon black. The b* is indicative of jetness and correlated to the L value.

Jetness. Carbon black is added to plastics to impart a black color, the measurement of which is referred to as “jetness.” More jet blacks appear blacker than those having less jet characteristics. Jetness is a complex function of surface area, primary particle size, and degree of dispersion. Carbon blacks possessing smaller primary particle sizes tend to impart a higher degree of jetness than those having larger primary particles. Trial and error has resulted in empirical relationships between the carbon black properties and jetness.

Masstone. When compounded into plastics carbon black can impart colors ranging from a bluish black to a brown/black undertone. This color range is referred to as the masstone of the black and is strongly correlated to particle size and the scattering of light in the host plastic matrix. Owing to differences in refractive index and light scattering for different plastics, two different plastics containing well-dispersed carbon black can have the same jetness but differ greatly in masstone.

Tinting Strength. An important property of carbon black is its ability to modify the visual appearance of other colors. The tinting strength is a measure of the effectiveness of the carbon black. There are a variety of methods used in measuring tinting strength but the most prevalent is ASTM D 3265. In this method, carbon black is added to a mixture of zinc oxide in dispersion medium (soy oil for example) and the reflectance values are measured relative to the zinc oxide standard. Tinting strength increases with decreasing primary particle size and decreases with aggregate structure complexity. Tinting strength reaches a maximum for primary particle sizes of less than 20nm. 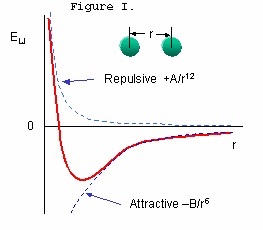 Surface Area Measurements: A variety of methods exist to measure surface area of carbon black, each has its unique application either in the manufacturing quality control environment or in laboratory confirmation studies. The most prevalent methods for surface area measurement include CTAB (cetyltrimethylammonium bromide adsorption), Iodine adsorption, and Nitrogen number. Recent advances in high resolution microscopy and inexpensive high speed computers has enabled the use of particle size analysis with automated image classification, however, this method is relegated to research labs.

Iodine Number. In the manufacturing environment, where the target carbon black grade properties are known, the Iodine method (ASTM D 1510) is used to measure surface area. The method is useful for quality control but is influenced by active surface chemistry, unreacted feedstock, oils and binders. The reported iodine number should not be used as a guide for grade selection when developing a plastic compound or end use article.

Nitrogen Surface Area. Surface area as determined by BET nitrogen absorption techniques (ASTM D3037) reflects the true surface area including occluded volume and the porosity of the carbon black primary particles. The method is particularly useful when the carbon black will be dispersed in a liquid medium such as in ink or coating applications. The correlation between nitrogen surface area measurements and CTAB can be used to gain insight on the porosity of the carbon black. Porosity is an important characteristic in grade selection and quality control for inks and coatings.

Structure Measurements: The structure of carbon black influences the dispersability in plastics, electrical conductivity, and to some degree, the color of the finished article. Structure is a measure of the complexity of the carbon black aggregate particle and reflects how the constituent primary particles are connected. Carbon black particles vary in shape from the spherical particles found in thermal blacks to more complex chains and clustered forms common in furnace blacks. The more complex shapes form internal voids, nooks, and crannies. Liquid absorptive measurements are used to characterize the structure of carbon blacks. Aggregates that are more spherical in shape adsorb less material than those exhibiting more complex shapes and having more voids. Liquid adsorption methods provide insight on the average bulk property and do not provide information on the distribution of properties constituting the average.

DBP Method. The most frequently used method of characterizing the structure of carbon black is the adsorption of dibutylpthlate, DBP (ASTM 2414-90.) The method is based on measuring the torque of carbon black powder as DBP is added. At the point of full absorption, correlating to full surface area coverage, the mixture reaches a plasticization state and the torque rises quickly at this point the level of DBP added is recorded. Higher levels of DBP addition correlate to higher structure.

Crushed DBP Method. Industrially manufactured carbon black exhibits a distribution of particle sizes and shapes. Consequently, smaller aggregates can occupy the occluded volume of larger aggregates. Additionally, owing to Van der Waals forces, carbon black aggregates can agglomerate into clusters which can influence the DBP measurement. Both of these phenomena reduce the apparent structure as measured by the DBP method. The crushed DBP method was developed to address these phenomena.

The method (ASTM D 3493) involves subjecting the carbon black to several cycles of high pressure, typically 165MPa, before conducting the DBP measurement. The high pressure serves to break agglomerates and separate the particles captured in the occluded volumes of larger aggregates.